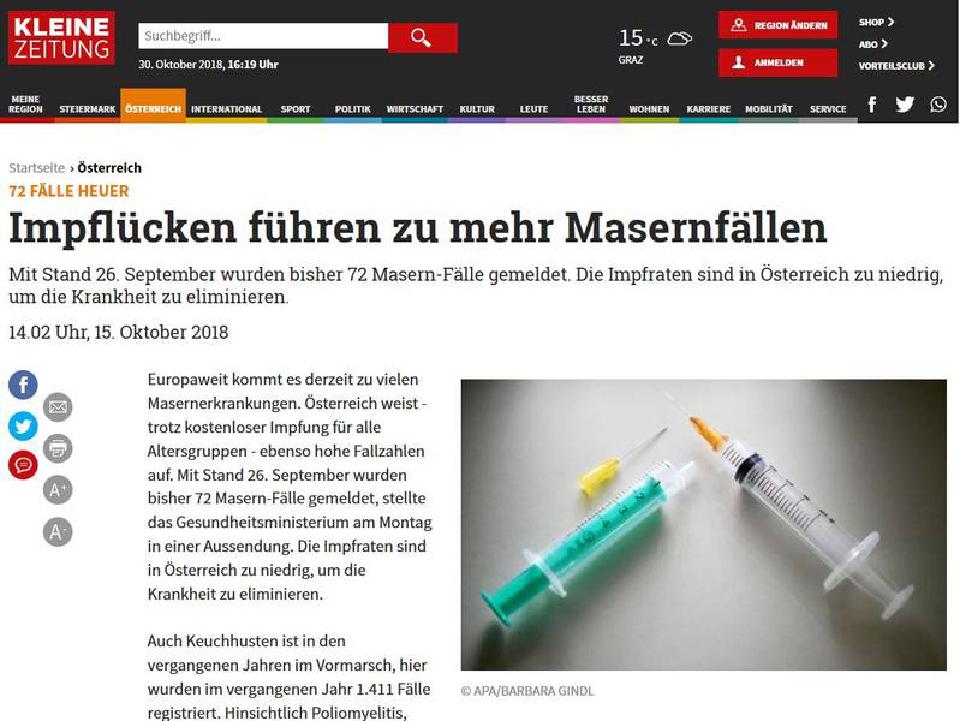 Austria does not posses a compulsory vaccination record and subsequently critical vaccination figures for diseases such as the measles or polio are not available. As these figures are also being reported to the WHO for their coordination efforts on erradication, their lack is an even more severe problem.

To gain access to highly accurate figures for vaccination rates despite of this shortcoming, the Ministry of Health commissioned dwh GmbH to “reconstruct” these numbers from available sources of information. For this know-how and simulation models, developed in cooperation with Dexhelpp and the Vienna University of Technology has been utilized.

The results of this research project - the vaccination rates for measles and polio in Austria - have now been published by the Ministry of Health.

The official reports for and by the Ministry (only in German) can also be downloaded here: