Simulation study in three parts - better analysis and planning of supply needs of refugees from Ukraine. 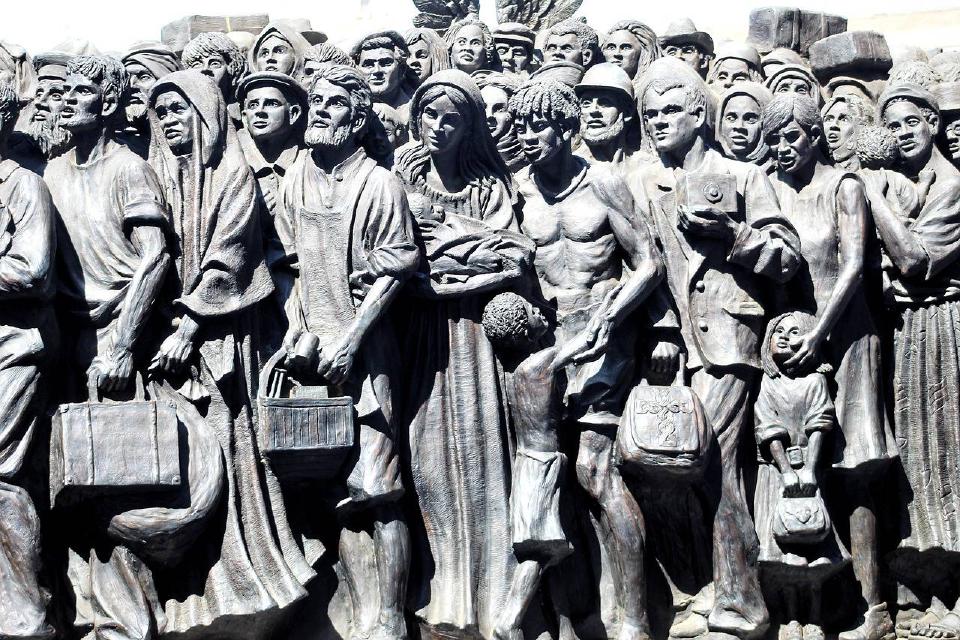 The Russian war in Ukraine has now lasted more than half a year and is the trigger for one of the largest refugee movements in Europe since the Second World War. According to the United Nations High Commissioner for Refugees (UNHCR), 7 million people have since fled Ukraine to the EU alone. In addition, according to IOM, there are another 7 million internal refugees (IDPs within Ukraine).

In the media, the topic was in the spotlight in the spring, but it has now been partially displaced by other topics or the focus on the political and economic effects of the war. Now in the fall, new and stronger challenges could arise. The project analyzed basic possibilities and limitations of simulating the escape processes and necessary decisions between March and June 2022. These will be used in research and teaching.

It is obvious that the care of so many people (also) represents a logistical challenge on many levels. This includes, for example, the care of acute and chronic medical needs, the initial care (shelter, hygiene articles, clothing, food, …) as well as the further care and integration (housing, kindergarten/school, jobs, language courses, …) of the people. This applies globally to internally displaced persons in Ukraine, people on the run as well as people arriving in Austria. In order to find common solutions, the following aspects are important, besides the number of people in need of help:

Especially in the first weeks and months of the war, many uncertainties about the current and further developments, but also the lack of data, made it difficult to provide assistance. In order to be able to better coordinate the supply and the resources required for this in the future, the Ukraine Refugee Coordination Unit in the Federal Chancellery turned to dwh GmbH and the Data Science Unit (since 1.9.2022) at the Vienna University of Technology. Based on the work of dexhelpp , the problem was analyzed and the proof of concept of a model was developed in order to better understand the points mentioned and to analyze to what extent simulation can help to ensure efficient care. The analyses and the “proof of concept” were implemented in three subareas in order to be able to optimally integrate existing information and structural knowledge.

Situation in Ukraine: a systematic mapping of the current situation in Ukraine was started and a model structure for possible scenarios for the near future was implemented. The main focus was to obtain the minimum and maximum number of refugees, as well as estimates of their age, regional distribution, health status and other needs. These analyses are based on existing work on the analysis and model integration of socio-demographic data and health parameters in simulation models, such as those we are implementing for Austria or in the context of EU projects. Different data sources e.g. UNHCR, IOM (Ukraine internal Displacement Reports) were evaluated, scenarios on the further course of the war provided by the BKA were integrated and other stakeholder perspectives were integrated.

A dynamic gravity model with push and pull factors should make it possible to model different escape routes and transfers according to the experts’ assessment and to estimate the total number and structure of people fleeing to Austria as well as the temporal sequence for different scenarios. Such models should make it possible to discuss strategies on how to offer support and assistance to people on their way to safe areas or where humanitarian challenges might arise. The analysis is based on relevant literature on gravity models as well as our own preliminary work on migration modeling. The push and pull factors are always to be developed with researchers from the social sciences, demography, etc.

The analysis of regional processes in Austria served to assess to what extent modeling can support the coordination of aid in Austria. Possibilities were developed to map different scenarios with the various stakeholders in order to support strategy development in the future. This often involves questions of existing resources, the possibility of expanding resources in the short or medium term, and what inequalities may arise regionally or with respect to other aspects. The work is based on existing projects in the area of resource allocation on a simulation basis, such as those we are implementing in the area of health or logistics.

For the implementation, a data and literature research was conducted, which is reflected in the modeling approaches, the three-part structure and the model setup. With the resulting “proof of concept”, a possibility was created to map the current situation or defined scenarios and their modeled impacts on an interactive map from the local level (internal refugees of Ukraine or supply regions in Austria) to the international level (Europe). Real as well as possible future flows of people or absolute numbers are shown. On the level of Austrian supply regions, the modeled scenarios can be methodically represented in terms of distribution and resulting resource utilization. The work was implemented within the framework of fundamental research in the field of simulation technology at the Vienna University of Technology and at dwh GmbH. Beyond that, no costs were incurred for BKA or other agencies.

A concrete application in the field of refugee planning is currently not planned, as the necessary input data and parameters are not available to a sufficient extent from the relevant agencies. Reasons include survey problems, technical limitations, or confidentiality reasons. The model will be further developed in the context of research activities, especially with regard to the question of mapping social aspects and political scenarios. In addition, the results are used in teaching at the Vienna University of Technology (Modeling & Simulation).

The tool is intended as a work support with the possibility to map different assumptions and scenarios and their effects transparently (through clear documentation and communication of the assumed parameters and scenarios) for the discourse. In the future development, therefore, the use for interdisciplinary data and hyopthesis analysis is in the foreground. This requires collaboration between demography, political science, sociology, health system research, and many others.The work does not represent a forecasting tool.