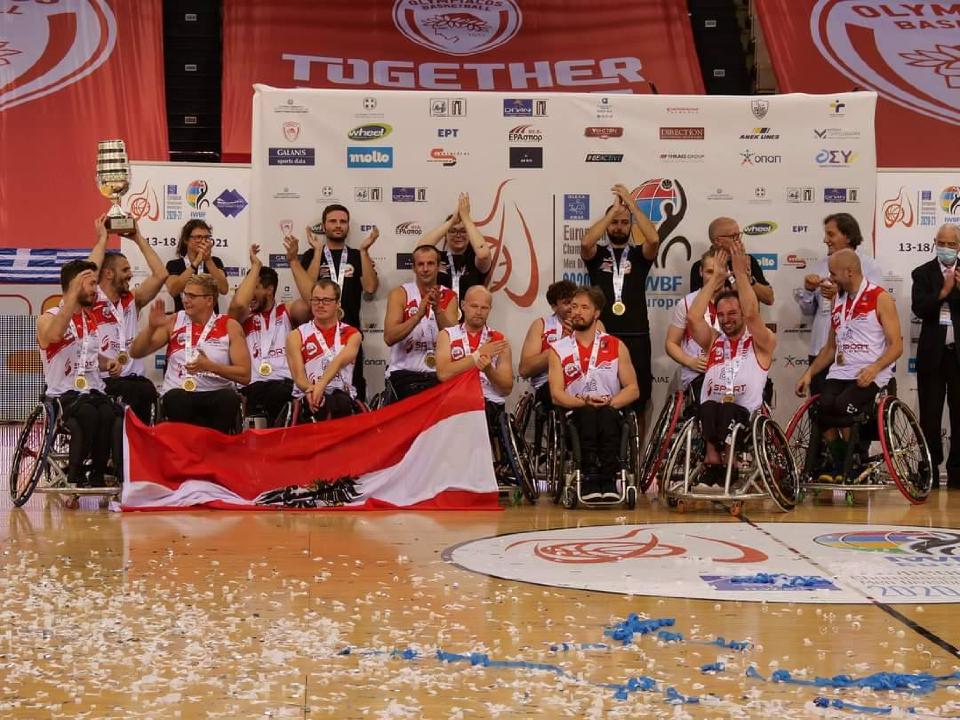 Matthias Wastian, captain of the national team, leads Austria to victory over Lithuania and thus advances to Group A!

Matthias Wastian, A.I. & Data Specialist at dwh GmbH, has been playing wheelchair basketball at the highest level for years. Amongst others he played in Madrid in the first Spanish league for Getafe BSR. Today he plays for the Sitting Bulls, who won their 9th championship title in-suite in the Austrian Bundesliga this year.

At this year’s European Championship in Group B in Athens, from July 11-18, Matthias Wastian led the national team as captain and assistant coach.

With a 65:54 against Lithuania, the Austrian national wheelchair basketball team wins the title at the European B Championships in Athens at the Peace and Friendship Stadium. The way there: a preliminary round defeat against Lithuania, then victories against Croatia and Serbia, in the quarterfinals Russia defeated in a combative and exciting game and finally in the semifinals sovereign Latvia.

Thus Matthias comes “home” to Madrid at the beginning of December where Austria is allowed to play at the A-European Championship. There they want to prove themselves in the concert of the top 12 nations in Europe.

Matthias Wastian: “We were focused throughout the tournament and perfectly attuned to our opponents. The joy about the title and promotion to Group A is boundless. But I’m already thinking about the preparation for the European A Championship in Madrid in December. There we will meet the best teams from Europe. The goal must be to remain in the top division.”