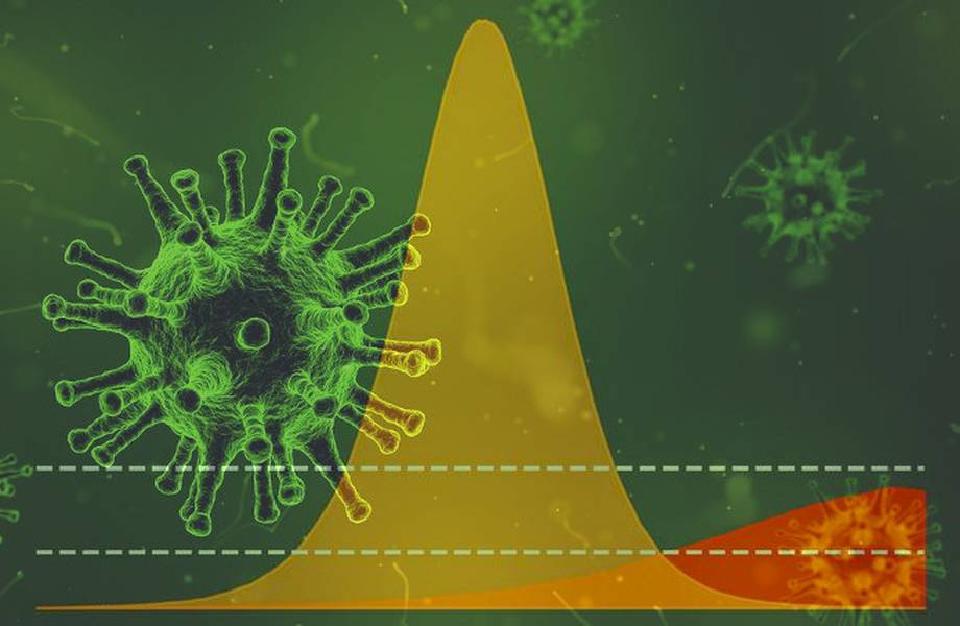 Drastic measures have been put in place: from Monday, there will be no more lessons taking place in all schools across Austria. The population has been advised to reduce the number of human-to-human contacts. The latest computations to simulate the epidemic show the effects expected to set in in response to these measures. The results are promising: according to the latest calculations, the closure of schools and reduction of contacts, especially for older people, ought to make it possible to significantly reduce the spread of COVID-19. According to this model, the first effects should be apparent by the end of next week, as long as the reduction of contacts is really adopted by the population. While the number of new infections will continue to rise, it will do so far less than expected by the projections that have been published so far.

School closures and halving the contacts of over 65-year-olds

‘We have simulated the two most visible measures so far’, says Niki Popper: ‘the closure of schools and a reduction of contact among particularly at-risk persons. That is our top priority, as those two measures are being put in place now.’

The closure of schools will lead to an approximately ten per cent reduction of human-to-human contacts in the overall population. If we assume that people over 65 years of age reduce their leisure time contact by half, the total number of contact in the total population is reduced by another eight per cent. ‘This will reduce the peak, meaning the maximum number of persons who fall ill at the same time, by as much as forty per cent. Even more importantly: the maximum number of serious cases that occur at the same time will be reduced overall by as much as 55 per cent according to our model – in other words, to reach only 45 per cent of the original value that was calculated without the measures in place. That is due to the fact that a particularly great number of people from the at-risk group will not be infected in this simulated case’, explains Niki Popper.

Growth reduction may be noticeable as soon as next week

Once all measures put in place now are included in the model, it is apparent that the effects may be apparent as soon as the end of next week. At the moment, the number of infected persons is doubling approximately every two-and-a-half days. ‘According to our calculations, doubling will develop to occur at longer intervals. We are currently assuming that the doubling time can be extended at least to five to six days,’ stated Niki Popper. The number of infected persons will continue to grow, but it will do so less quickly – this will make it much easier for the health system to tackle the situation.

‘The decisive factor is the real reduction of contacts and that people adopt the measures that have been put in place,’ stresses Niki Popper. ‘Our calculations can only model reality if the forecast effects are enacted in reality.’

The school closure scenario assumes that children between the ages of six and fourteen will no longer attend school, respectiveley that only a small proportion of those children will attend school. In the group of 14-to-18-year-olds, all students (but not employees) will also reduce their contacts.

For the 65+ generation, our calculation assumed a reduction of leisure time contacts of only fifty per cent. That is especially important as people in need of support must be assured that the measures are not ‘too many’, which would threaten care, social support and interaction.

Assuming this degree of participation by the population, the model forecasts initial positive effects to be apparent by the end of next week. The daily increase of new infections will sink from forty per cent to twenty per cent and further from there. Beyond that, the number of new infections will at some point not rise any more at all and eventually even sink. When that development sets in cannot be predicted at this time (Saturday, 14 March).

Please always note that all simulations, models and computations, including of course ours, are based on a number of – in part uncertain – data and assumptions. We endeavour to document these as well as possible here (see ‘notes’ below). The results must not be read as absolute figures, but are a means to help us and our partners to asses effects and orders of magnitude.

Note: More information on this project, including resources and documents is to be found in the Covid-19 project description.