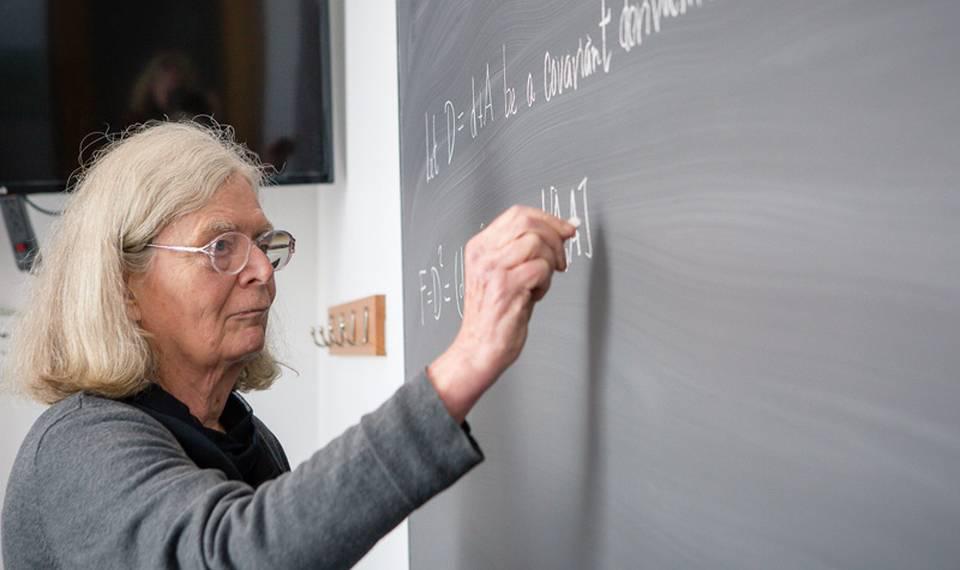 The Abel Price, awarded annually by the King of Norway upon the verdict of a jury selected by the Norwegian Academy of Science and Letters, is one of the highest awards in the field of mathematics. It is modeled after the Nobel Price and named after the Norwegian mathematician Niels Henrik Abel.

(76) who is professor emeritus of mathematics at the University of Texas at Austin and currently a visiting associate at the Institute for Advanced Study and a visiting senior research scholar at Princeton University.

She was chosen by the academy’s jury for “her pioneering achievements in geometric partial differential equations, gauge theory, and integrable systems, and for the fundamental impact of her work on analysis, geometry and mathematical physics.” She is the first woman to win the prestigious prize since it was first awarded in 2003.