Chance and Challenge: Vaccination of six Million Doses in Next two Months 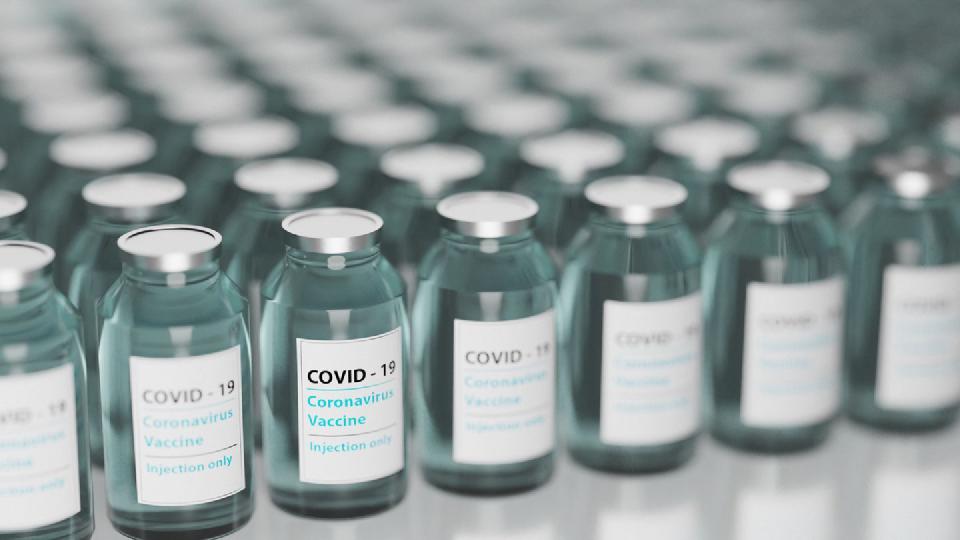 Vaccine for mass vaccinations is under way, speedy vaccination and high participation are needed

With the COVID-19 vaccinations it is similar to the train. It takes time for the sluggish machine to start moving and accelerate. But then it goes quickly there. After the initial difficulties with vaccination, the phase of acceleration has now been reached. In the current 2nd quarter Austria will still receive over 6 million vaccine doses.

A certain amount of effort is required to achieve and maintain this ambitious pace - averaging 100,000 vaccinations per day. And not from the side of vaccination logistics, but also from the population to participate in the vaccination program.

The aim of this vaccination plan is that by the end of June 100% of the population over 65 years of age and around 65% of all young people (who may receive vaccine) can be vaccinated (see news from April 15, 2021). While it is true that this will also immediately have a dampening effect on new infections, the current model shows that the time lag must be analyzed in detail.

Because the following factors must be taken into account:

Finally, there is also a third, albeit less powerful, effect: the effectiveness of the vaccination is not 100%, but fluctuates between 75 and 95%. In order to be able to estimate the influence of these effects more precisely, the extrapolated vaccination prognosis (including delay effects, vaccination dates for the 2nd vaccination round, effectiveness, etc.) was integrated into our simulation model. In this way the qualitative influence* of the increasing vaccination coverage on the “normal” infection process can be calculated.

The results in detail

These calculations (see Fig. 1) show that of the approximately 25% immunized in Austria (as of April 1), only 7% were due to the vaccination (dark blue). While the vast majority (around 18%) can be traced back to survived (diagnosed (light blue) and undiagnosed) COVID-19 diseases.

Fig.1: Of the 25% immunized in the Austrian population at the end of April, only 7% are due to the vaccination (dark blue) - the rest to a survived infection.

Based on these figures, a qualitative prognosis was calculated (see Figure 2), which includes the planned vaccination program. According to this prognosis, the immunization rate will increase by May 15th. to about 45%, half of which is due to the vaccination (dark blue). From May, however, there will be a small “hump” in the immunization, as many appointments for the 2nd vaccination are due here. This means that fewer primary vaccinations can be administered (see Fig. 3 for the 1st and 2nd vaccination curves).

By the end of June, the proportion of immunized will then increase to 65% (40% due to the vaccination, survived COVID disease: 25%).

Fig.2: By the end of June, 65% of the Austrian population was immunized. With 40% a large part thanks to the vaccination (dark blue), the rest because of an infection.

Because of the second vaccinations, and since vaccination protection is only achieved after about 10-21 days, “only” 3.5 million people will be immunized by the end of June 2021. Despite 9 million vaccinations.

Fig.3: Between mid-May and mid-June, the number of first vaccinations (red line) “stagnated” in favor of the necessary second vaccinations (blue line) - and thus also the total number of immunized (black line).

This time delay of the vaccination effect on the infection process can be seen very clearly in figure 4. The figure shows the dampening influence (qualitative) of the mass vaccinations on R-effective. Please note that the illustration only shows the attenuation of R-eff and not the actual R-value!

Fig.4: By the end of April, the number of people vaccinated had only been able to reduce R-effective by 5%. It is only from the end of May that the vaccination has a significant damping effect on R-eff. By the end of June, R-eff should be reduced by 20% compared to R-eff without a vaccination program.

From the second half of May onwards does the planned vaccination program have a clear impact on R-eff. In the following one and a half months until the end of June, R-eff is then reduced by 20% (compared to the situation without vaccination).

The vaccination machine is now accelerating, and the road is not over yet. But if the logistics are good and the willingness to vaccinate is high, then the course can be set for a “quiet” autumn 2021 in the coming months.

In contrast to the quantitative influence (e.g. the specific number of new infections to be expected), the qualitative influence describes differences or changes. In this case, the difference between “What is the vaccination process like with and without vaccination?” The result is not a nail-biting figure, but an estimate of the magnitude of the expected effect.

The results of this study were worked out with the help of an agent-based simulation model, whereby the statements are connected with the usual limitations of simulation-based experiments. On the one hand, simplifications were made in the course of the modeling. The following are particularly relevant for the statements in this study:

The number of unreported cases of those infected so far, which can be seen in Figure 1 and 2, is parameterized on the basis of the unreported figure studies by SORA and Statistics Austria and is therefore associated with increased uncertainty.

Furthermore, the study results are limited by known and unknown uncertainties in the parameterization and input data. This includes restrictions in data quality, availability and completeness.